Many of us found that we had several characteristics in common as a result of being brought up in an alcoholic or dysfunctional household. We had come to feel isolated and uneasy with other people, especially authority figures. To protect ourselves, we became people-pleasers, even though we lost our own identities in the process. All the same we would mistake any personal criticism as a threat. We either became alcoholics (or practiced other addictive behavior) ourselves, or married them, or both. Failing that, we found other compulsive personalities, such as a workaholic, to fulfill our sick need for abandonment.

We lived life from the standpoint of victims. Having an overdeveloped sense of responsibility, we preferred to be concerned with others rather than ourselves. We got guilt feelings when we stood up for ourselves rather than giving in to others. Thus, we became reactors, rather than actors, letting others take the initiative. We were dependent personalities, terrified of abandonment, willing to do almost anything to hold on to a relationship in order not to be abandoned emotionally. Yet we kept choosing insecure relationships because they matched our childhood relationship with alcoholic or dysfunctional parents.

These symptoms of the family disease of alcoholism or other dysfunction made us “co-victims”, those who take on the characteristics of the disease without necessarily ever taking a drink. We learned to keep our feelings down as children and kept them buried as adults. As a result of this conditioning, we confused love with pity, tending to love those we could rescue. Even more self-defeating, we became addicted to excitement in all our affairs, preferring constant upset to workable relationships.

This is a description, not an indictment. 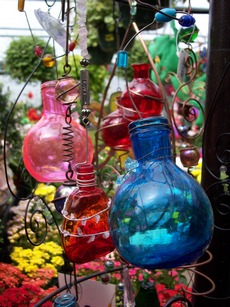